The Latin American capital of Soccer!

Uruguay is a country in the south eastern region of South America. It is officially known as the Oriental Republic of Uruguay. Its neighbouring countries are Argentina to the west and southwest and Brazil to its north and east. Río de la Plata (River of Silver) surrounds Uruguay in the south and the Atlantic Ocean borders it in the southeast. Uruguay houses approximately 3.45 million people, out of which 1.8 million people live in its metropolis capital city of Montevideo. It is geographically a small nation and is the second smallest country in South America after Suriname.

Despite its small size, this country does not have a low stature in prosperity and advancement. Uruguay is a developed country, ranked first in Latin America in terms of democracy, security, low perception of corruption, e-government, and the first in South America in terms of freedom of speech and expression, the scale of the middle class and prosperity.

Uruguayans mostly have European ancestry. Commonly from Spain and Italy, rarely from France and Britain. Mestizos (people of mixed European and Indian ancestry) constitute one- tenth of the populace. Spanish is the official language. It is spoken throughout the length and breadth of the country. However, in Rivera and other borderland towns, a mixture of Portuguese and Spanish is spoken. It is called Portuñol, derived by the combination of Português and Español.

The culture in Uruguay is somewhat the same as in Argentina. This country is very minimally influenced by indigenous culture. Gaucho (cowboy, usually a mestizo) has been popular in folklore and important in the culture. Beef is a typical dish in Uruguayan cuisine. Barbecues (parrilladas) are famous and loved.

José Enrique Rodó is regarded as the most important person in Uruguay’s literary world. His book Ariel stresses on the need to uphold spiritual values over materialistic ones and to not get influenced by the culture of Europe and America. Florencio Sanchez is the most revered playwright. The best contemporary writer is Eduardo H. Tango is very popular in the country.

Montevideo is the cultural home of the country and is home to the National Library, national museum of history, anthropology, natural history and art. The national theatre and schools of dramatic arts, fine arts and ballet is highly valued. It is also home to one of the most loved spectators of soccer. It is a national fixation. Colonia del Sacramento is a beautiful city and a major tourist destine

In the popular culture there are many Uruguayan myths and legends like the one of the Mala Luz and the Black Peasant. Between the more common rhythms we can find the Cielito, Vidalita, Gato, Milonga, Rachera and the Payada, each of them with its characteristic features and authors like Nestor Feria, Washington Montañéz and Daniel Krause.

Shared with Argentina El mate is the most prominent drink and entails an enormous tradition as background. It is the moment of the day/week in with the people relax with family and friends, discuss and exchange thoughts.

Football is the most important sport in the country, as the first World Cup took place in the country and Uruguay became champion over Argentina 4-2 in the final.

The ‘namesake river’ name comes from the Spanish pronunciation of the Guarani tribal word for it. There are many meanings, including “bird-river” (“the river of the uru”, being a common noun of any wild fowl) The term may also refer to a river snail called uruguá (Pomella megastoma) that was abundant in the water.

Uruguay and its few neighbouring territories were called the Cisplatina and Banda Oriental during the Spanish colonial times and sometime even after the Spanish colonial rule ended. After this, it was called the ‘Eastern province’ for some time. La República Oriental del Uruguay, has been the name of this Latin American nation since its independence. This name translates into ” the eastern Republic of the Uruguay (river)”. Presently, it is officially known as the Oriental Republic of Uruguay. 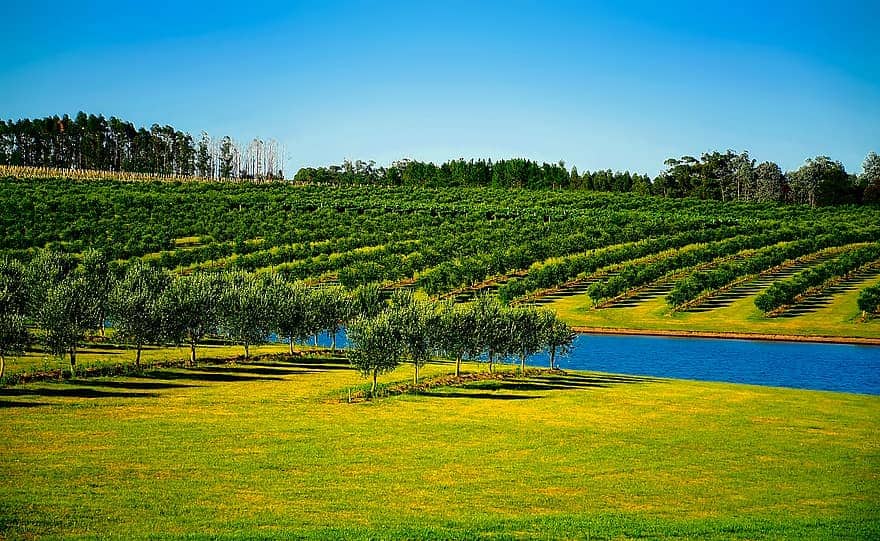 Mostly, gentle rolling land is found here with an average elevation of 117 metres. The coastline is characterized by sand dunes and tidal lakes. All the rest of the land is covered by broad valleys, plains (pampas), the highest peak in the country is Mount Cathedral whose elevation is up to 514 metres.
The Uruguay River and the Río de la Plata estuary, along the nation’s western border, are navigable up to Paysandú for ocean-going ships and for smaller vessels above that point to the Salto falls.

Uruguay was dominated by the Charrúa people for around 4,000 years until the Portuguese founded Colónia do Sacramento in 1680. In contrast with surrounding countries, Uruguay was colonized by Europeans pretty late. In the early 18th century, Montevideo was established by the Spaniards as a military fortress, signifying the conflicting claims over the area. Between 1811 and 1828, Uruguay gained its independence after a four-way battle between Portugal and Spain, and subsequently between Argentina and Brazil. 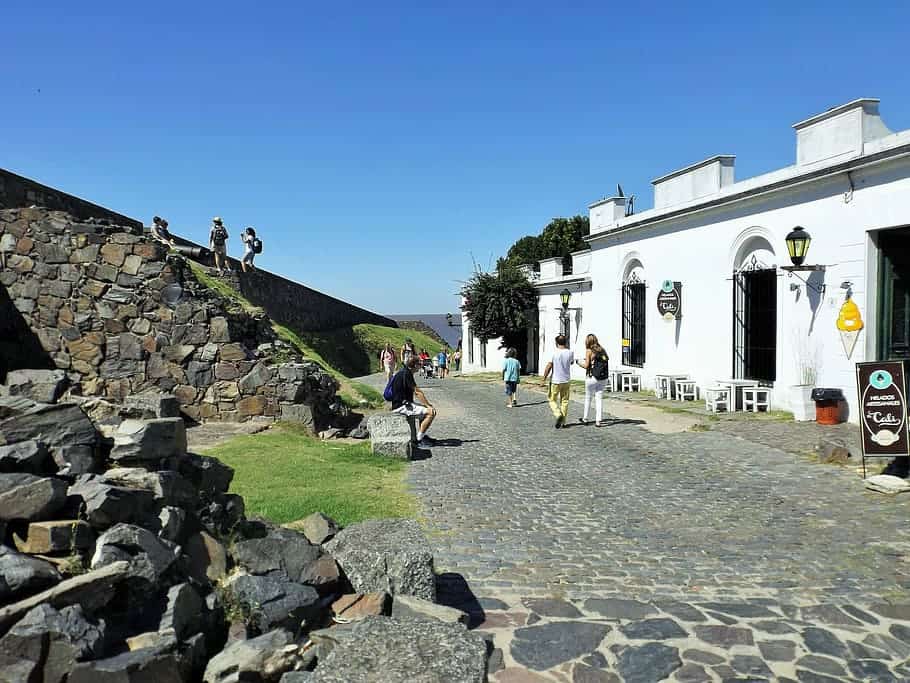 Throughout the 19th century it remained open to foreign influence and interference, with the military playing a repeating part in internal politics. The democracy was put to an end due to a series of economic crises which began in the early 20th century and eventually resulted in a 1973 coup, which established a civic- military dictatorship in the country.

The military government imprisoned leftists, socialists and political rivals, causing many deaths and several cases of military torture; the military ultimately gave power to a civilian government in 1985. Presently, Uruguay is a democratic constitutional Republic with a President who serves as both the head of state and the head of government. 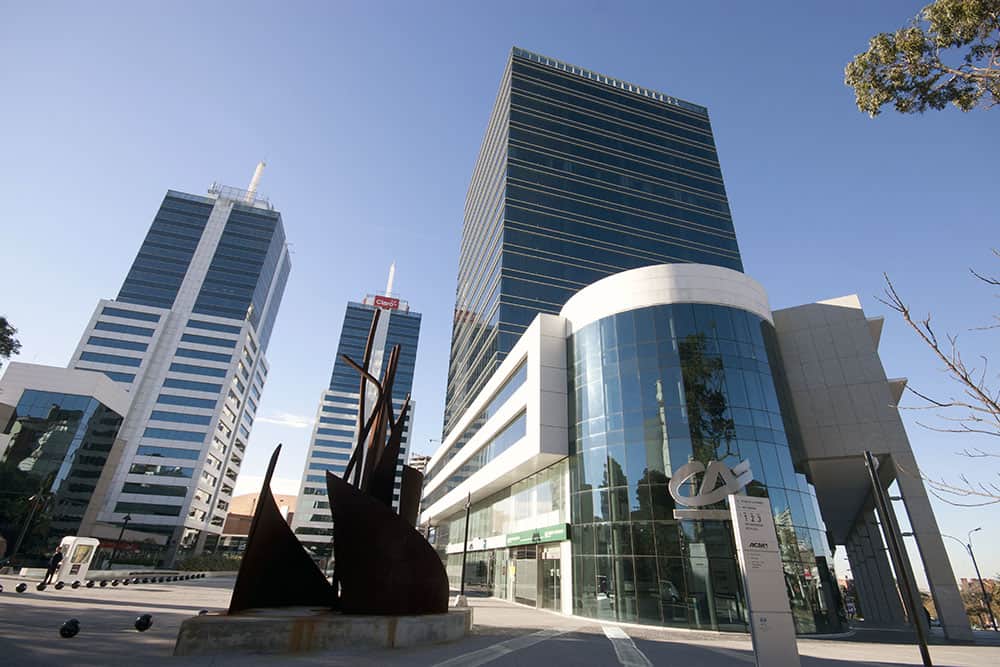 Uruguay ranks second in the region in terms of financial independence, wealth distribution, per capita income, and FDI inflows. It is the continent’s third-best nation in terms of Human development index, GDP growth, development and infrastructure.

The UN considers it a high-income nation. In e- participation, it was ranked third best in the world in 2014. Uruguay is a significant international supplier of combed wool, cotton, soybeans, frozen meat, malt and milk. Roughly 95% of Uruguay’s electricity generation is produced by renewable energy, mainly hydroelectric plants and wind farms. Uruguay is a founding member of the United Nations, the OAS, Mercosur, UNASUR and the Non-Aligned movement. It is one of the most socially advanced countries in the Latin America region. It ranks high on global measures of personal rights, tolerance and inclusion issues.

The diplomatic relations between the two countries were established in 1960. Indira Gandhi was the first Indian prime minister to visit Uruguay. Both of these countries have regularly stood in support of each other at international forums. Both are members of the group of 77. The trade relations are strengthening fast. In February 2011, the Uruguayan postal department issued a stamp commemorating the 150th birth anniversary of Nobel laureate Rabindranath Tagore.