Peru
¡The country of the Inca Empire! 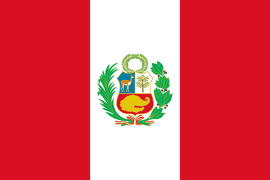 Did you know Peru was the homeland of one of the Second largest pre-Colombian Empire? Yes! Just before the Spaniards arrive to America, the Inca Empire was becoming the Second biggest empire of its time, just after the Aztecs. Perú is a Latin American country located in western south America. The official name of this country is Republic of Peru. Its neighbouring countries are Ecuador and Colombia in the north, Brazil in the east, Bolivia in southeast and Chile in the south. In the west, it is bordered by the Pacific Ocean. Nature’s bounty is evident in this country with the diverse relief features and ecosystems. There is an arid plain of the Pacific coastal region in the west peaks of Andes mountains from North to the south east of the country, Amazon rainforest basin in the east with the Amazon River. Get to know more about this country.

The country’s name could be derived from Birú, the name of a local ruler who lived in the early 16th century near the Bay of San Miguel, Panama City.When Spanish explorers reached his territories in 1522, they were the southernmost area of the New World not known to Europeans. Hence, when Francisco Pizarro discovered the regions further south, they came to be called Birú or Peru. 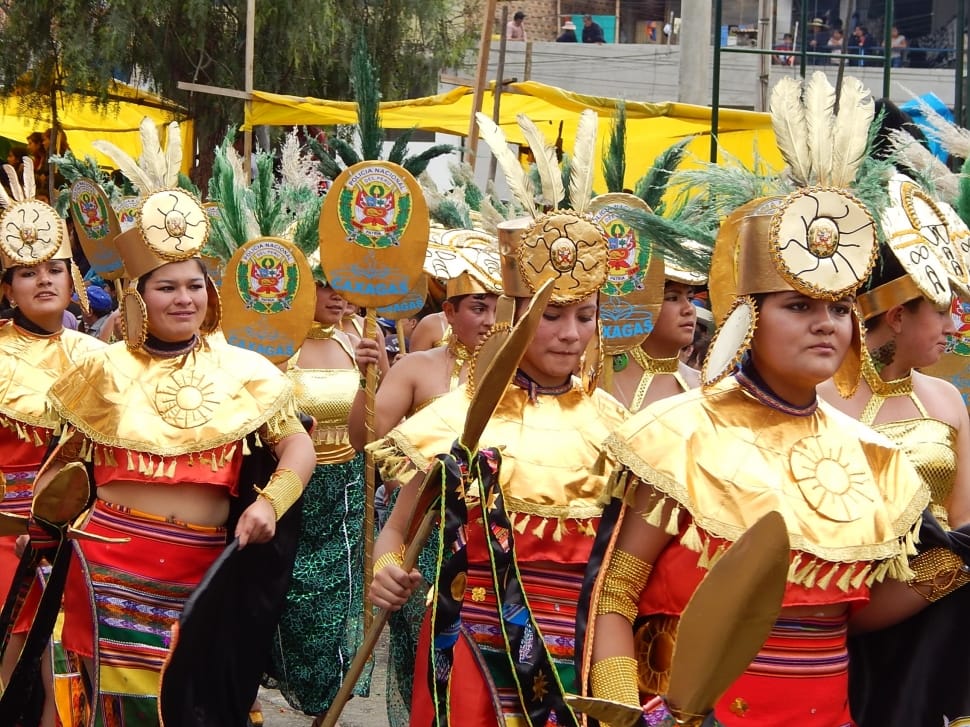 Spanish is the main language spoken, while a large number of Peruvians speak Quechua and Aymara. The Amazonia has a diverse linguistic base as the tropical forest people speak numerous languages and dialects. This blend of cultural styles has resulted in a wide range of expressions in such fields as architecture, cuisine, literature, and music.
During the colonial period most of the Peruvian art focus on religious motives, while after its independence the Indigenismo, a movement looking for elevate the Indigenous culture has permeated deeply in the Arts. Perú has develop its own eclectic motives.

The Peruvian music is shape by the indigenous, Spanish and African traditions. Some of the most renown dances and songs are: marinera, tondero, zamacuenca diablada and huayano. It is dominated by the Charango, the national Instrument. 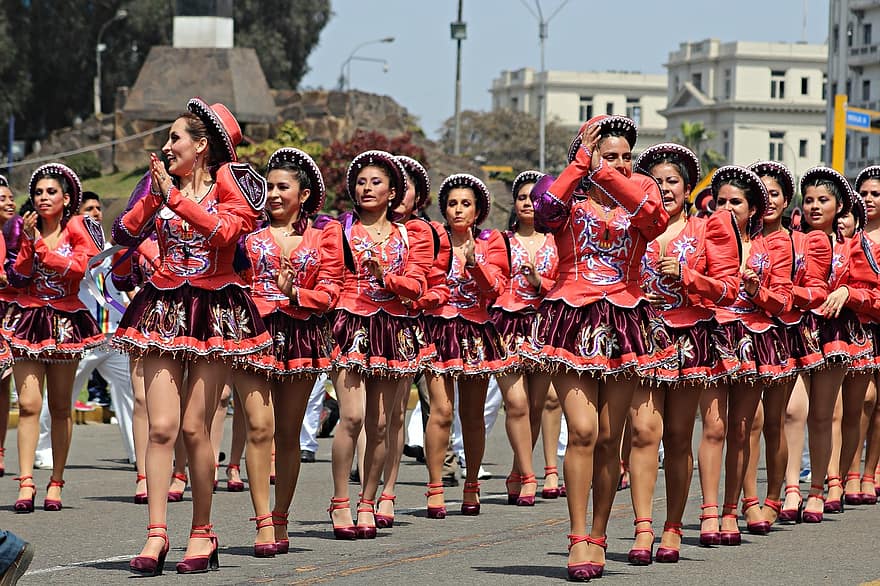 Do you know potatoes comes from Perú? The first place in the world that know potato and its common growths was Perú. Actually, this ingredient saved Europe of starvation in many occasions due to the strength of the plant to resist climate variations. With potato, there are other three elements that frames Peruvian cuisine: corn quinoa and legumes.Notable sources of pre-Hispanic and mestizo mythology abound in stories, poems, mythologies, and dances in both towns and countryside. Famous among tourists and collectors, handicrafts provide a close connection to pre-Hispanic crafts such as spinning, pottery, and metalworking. Art is kept at a pedestal in Peru and highly respected. César Vallejo is often regarded as the greatest poet in the history of the country. Authors like José Maria Arguedas and Mario Vargas Llosa have gathered a lot of critical acclaim in the post-World War II era. Painting was popularised by the Cuzco school during the 17th and 18th centuries.

The most popular and the paradigm of Peru’s cultural past is the country’s Inca remains Machu Picchu which is a UNESCO world heritage site. It is surrounded by forests and greenery. It constitutes numerous well-built agricultural terraces, small stone houses and numerous temples made out of rock. 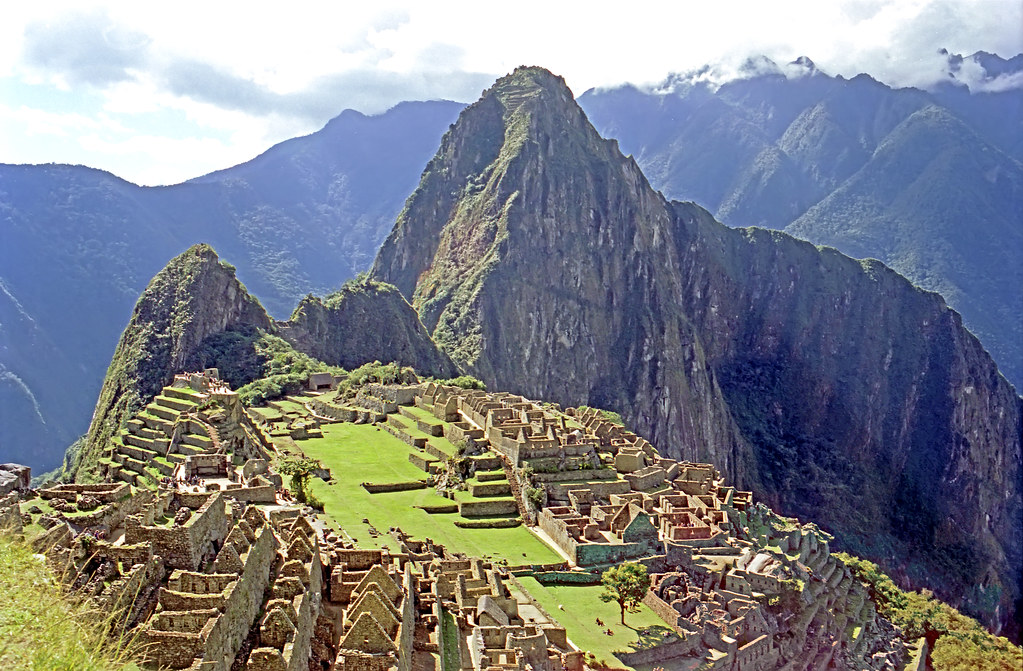 Most of central Peru’s peaks are snow-capped and a popular draw for climbers and tourists. Of special glory is the Cordillera Blanca, with the highest peak in the country, Mount Huascarán, at 6,768 meters and the neighbouring Huascarán National Park (labelled a UNESCO World Heritage Site in 1985.

The drainage system of Peru is distinctive as characteristic drainage patterns are portrayed through the Andes, Coastal region and the Amazon basin area. Of the more than 50 rivers that flow west across the coast from the Andes, several are small (typically less than 200 miles long) and meteoric, with largely erratic flow rates. Not only does the Sierra include the headwaters of the streams flowing to both the Pacific and the Amazon, it also has a massive area of internal drainage. In the south, numerous rivers cross the Peruvian altiplano to drain into Lake Titicaca, which is shared with Bolivia and is the highest traversable water body in the world at an altitude of 12,500 feet. The Amazon has the world’s largest volume of river flow in the world. Its headwaters rise in several places in the Peruvian Andes.

The ethnicity of people in Peru is diverse. Half of the population is constituted by Quechua Indians, one-third is mestizos (people of mixed Indian and European descendants) and one- eighth is people of European ancestry. Fragments of Aymara Indians, Japanese and other communities are scattered all over the country.

The history of Perú started more than 20,000 years ago. When the territories started to be inhabited with people coming from the Northern part of the continent. In the territory important civilization started to develop and ended gaining control among most of the Eastern Coast of South America and the Andean region. The most important one is considered to be the Inca Empire, also because is the one whose more data is possess in the present.

The conquest was a very dramatic historical fact for the region and mean a huge change for the population. The evangelization process started with the change of the mythological thinking of the region, Spanish were imposed, and indigenous population became the force of labour, until it was replaced by African slaves.
In 1821, Perú became an independent country under the governance of Simón Bolivar. Although it was necessary to more battles to finally seals its freedom in 1824. Since that period Perú has overcome many periods of political crisis but remain till our days a Presidential Republic.

Peru is a developing country, ranked 82nd in the Human Development Index, with a high level of economic development, with an upper middle income and a poverty rate of about 19 percent. Peru is one of the most stable economies in the region, with an average growth rate of 5.9 percent and it is one of the fastest growing countries in the world.
Peru is a developing country and its economy is mostly boosted by the export of raw materials to more developed countries of the Northern hemisphere. Its fishing industry is one of the best in the world and continuously ranks among the largest producers of Bismuth, silver and copper.
The country has battled in recent decades to retool its economy by expanding non-traditional export industries, as well as manufacturing consumer goods to meet local demands. However, severe economic challenges exist in a variety of regions. The principal economic activity in Peru has historically been agriculture, although the significance of this segment of the country’s economy dropped significantly in the last half of the 20th century. Peru imports vast quantities of grain (especially wheat, rice, and [corn] maize), soy, vegetable oils, and dairy products to sustain its people. 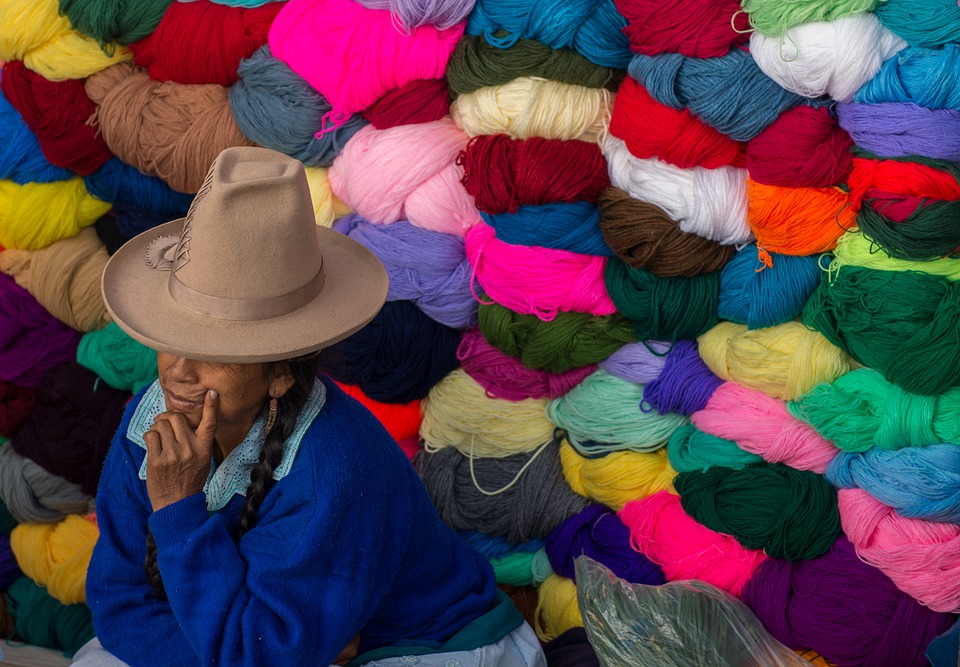 Peru is abundant in mineral wealth. In enormous quantities of high-yield ores, copper, iron, lead, zinc, bismuth, phosphates, and manganese occur. Like other precious elements, gold and silver are found widely, and oil fields are situated along the far northern coast and the north-eastern part of amazon basin. Despite this wealth, the exploitation of this asset remains hanging in the air due to several national and international factors

Peru and India established their cordial and friendly relations on 26 march,1963. These two countries are currently negotiating a bilateral free trade agreement. Indo- Peruvian Friendship association was formed in 2007. The culture ties of these two nations are strong. Mundo Latino is a culture centre in New Delhi, affiliated to the embassy of Peru and aims to transmit Peruvian culture. It offers Spanish language and Salsa dance courses in Delhi NCR.