¡The Place of the American Discovery! 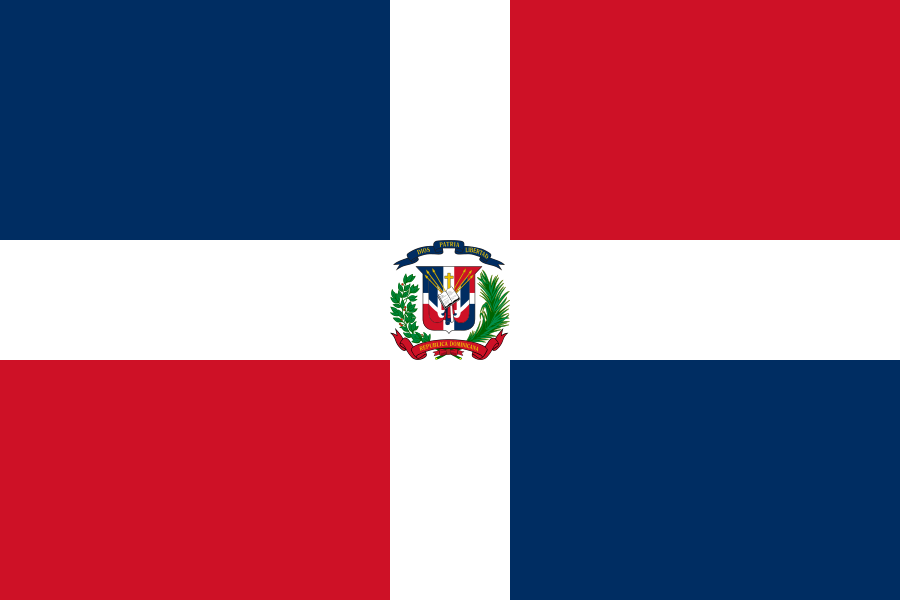 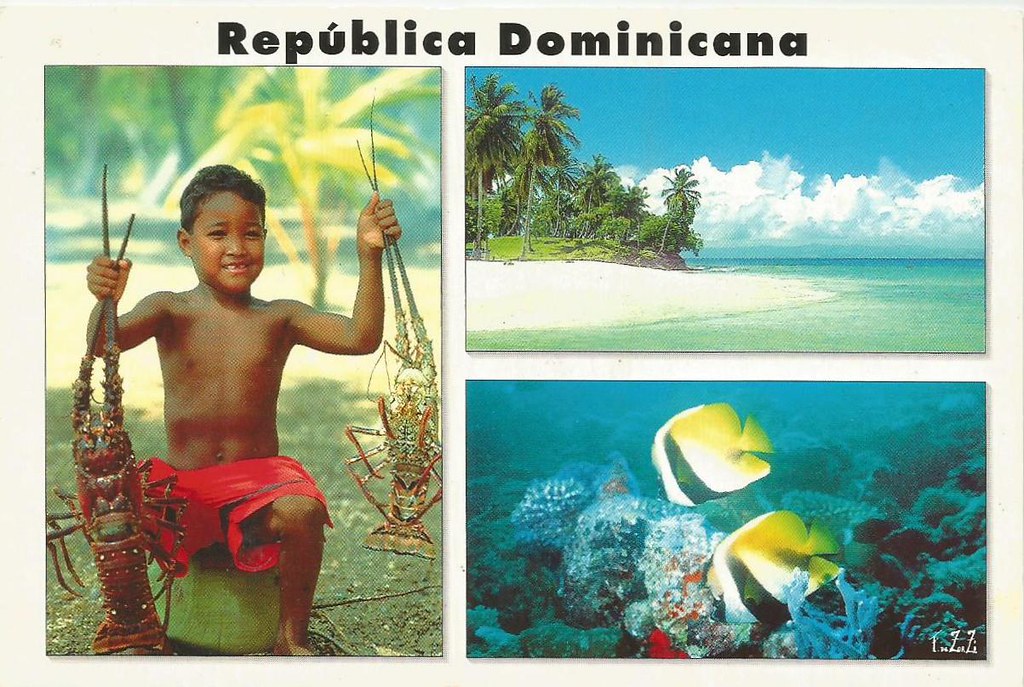 The beaches, resorts and golfing are popular in the country. The landscape involves rainforest, savannah, cliffs, like Pico Duarte, the highest peak in the Caribbean. Santo Domingo, the city’s capital, has Spanish monuments, like America’s Cathedral of Gothic heritage, that date back five centuries. Would you like to know more?

Dominican Republic’s society is a complex mix of various ethnic backgrounds. Dominican people and their traditions come from a European cultural context, with contributions from both African and native Taino., it became the first settlement in Europe in the West Hemisphere, established in 1493. 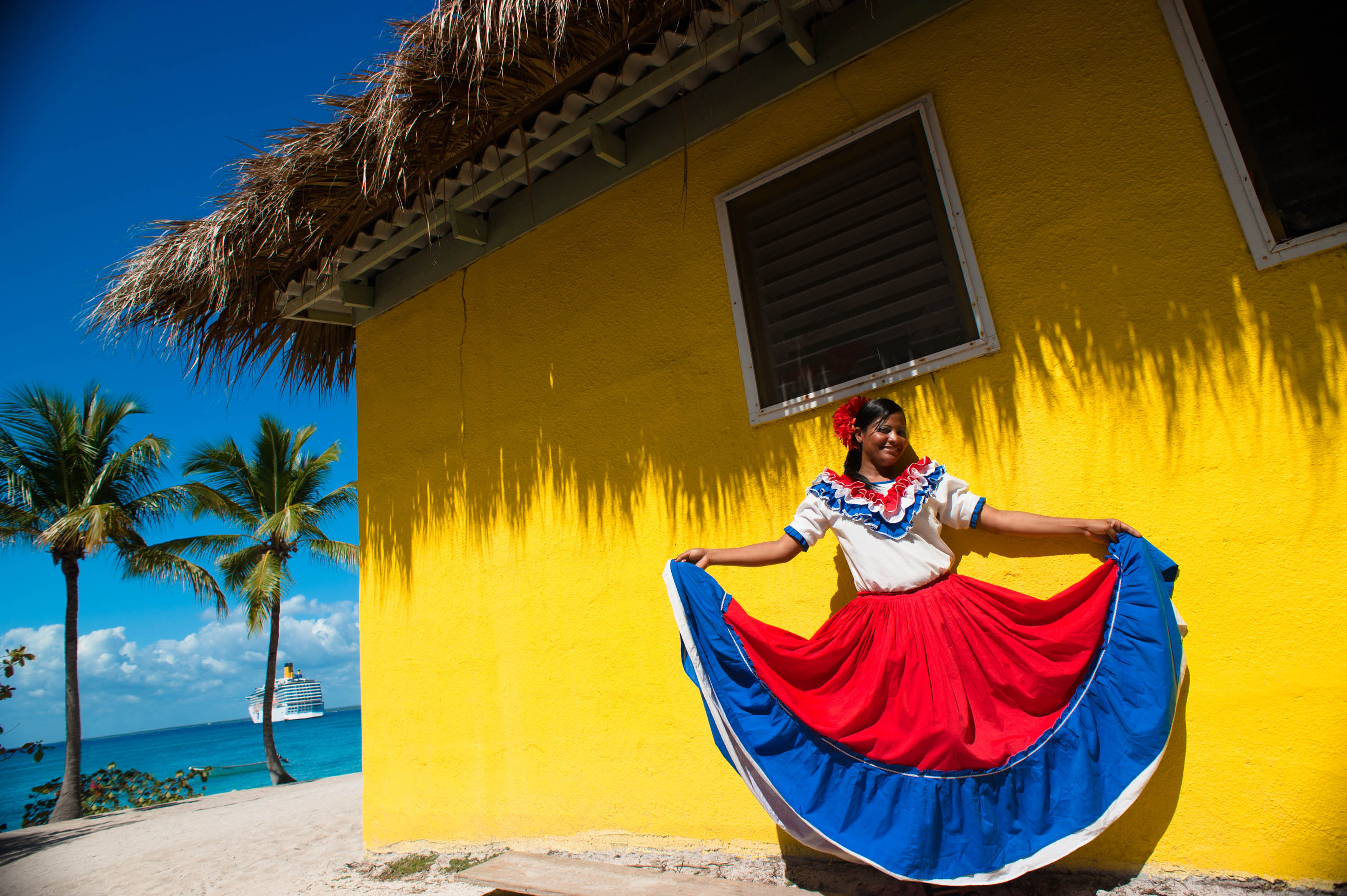 The centre of Dominican identity derives from Spain’s influence because of the over five centuries of Spanish rule on the island. Culture, literature, customs, law, prevalent faith, and architectural types are all European heritages. African men were introduced to the island as forced labour during the colonial rule. The fusion of European and indigenous Taino traditions and customs in Africa contributed to the development of the Dominican Republic’s culture today. 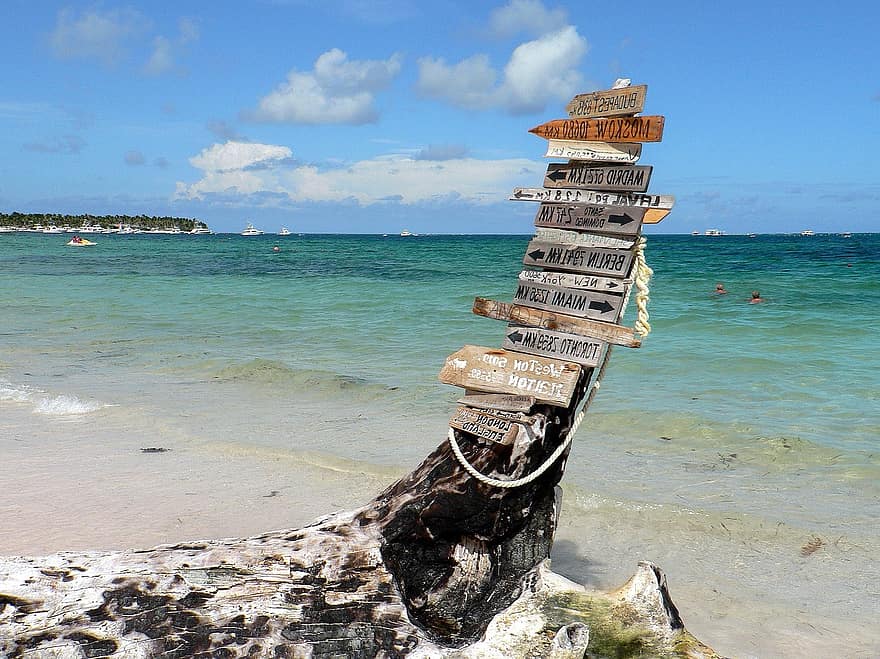 In the Dominican Republic, some of the most popular music genres germinated like Merengue and Bachata.

Carnival is the most important cultural event in the country. It’s a celebration of freedom, integration and identity, and it is composed mainly of two celebrations the Calestolenda, and the Cimarrón and are  celebrated according to the catholic liturgic year. During the carnival, one of the most typical figures are called the Lechones: men with coloured costumes and jewellery masks.

Not just the highest peak in the Caribbean, Duarte Peak (10,417 feet) but even the lowest landscape, Lago Enriquillo at only 151 feet or 46 meters below sea level, is in the Dominican Republic. Lake Enriquillo is a 300 square kilometre hyper-saline lake, with various wildlife including flamingos, iguanas, and the most significant American Crocodile population. 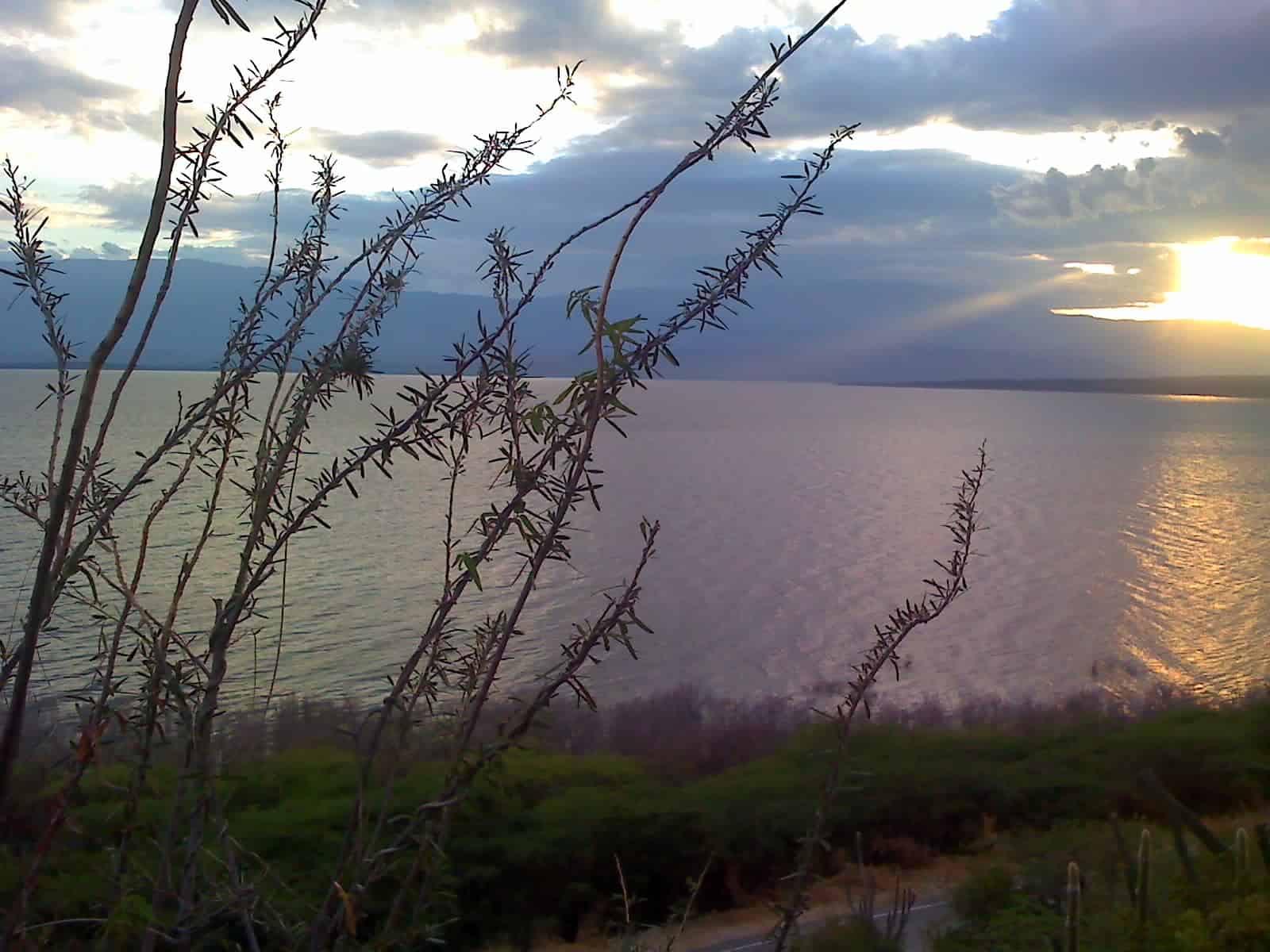 Baseball was introduced in the 1800s and has since been immensely famous and an addiction. The sport is widespread, and a regional pastime for many. The Dominican Republic has given the world’s top athletes, including David Ortiz, Pedro Martinez, and Sammy Sosa. Currently, 40 per cent of the US national baseball league members come from this sporty country.

The early history goes well beyond the arrival of Cristopher Columbus, selling for the Spanish crown to find a sea-route to India. He did land on Hispaniola Island and founded the city. But various tribes such as Taínos, Arawakans, were living in this area already. 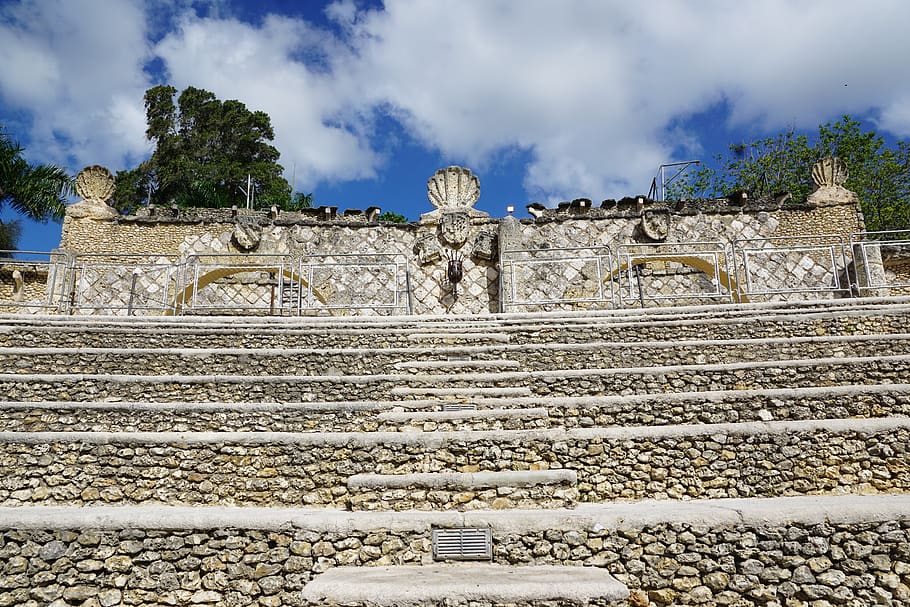 After the colonial conquest, the Island subsequently known as La Isla Española (“the Spanish Island”), however, after independence in 1821, the Spanish colony of Santo Domingo would become part of the “Republic of Gran Colombia” for a short two months. Later it joined Haiti to form unified Hispaniola, but decades later discontent arose under the Haitian Rule. The Dominican Republic again had to fight for its sovereignty which did last a decade (1844-1855). 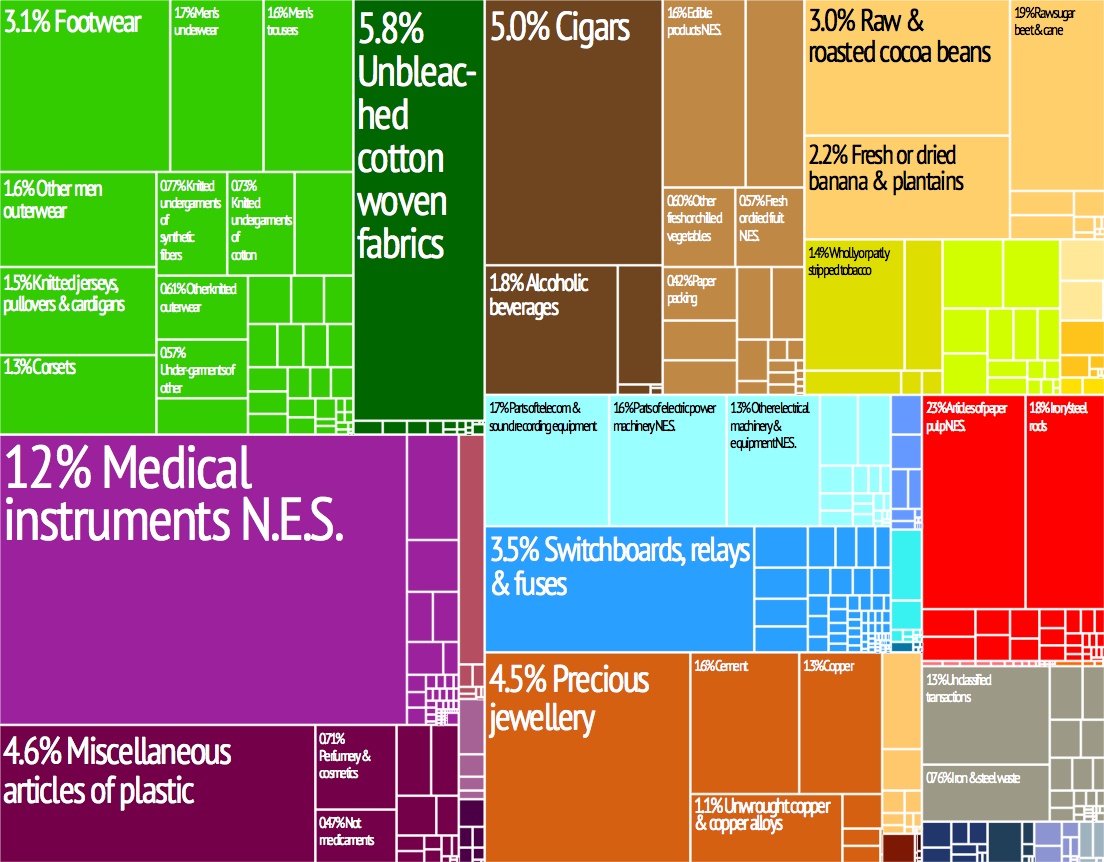 The Pueblo Viejo mine is the location of the biggest gold mine in Latin America. Although agriculture was the Dominican Republic’s leading employer, it has recently been overtaken by the service sector, especially by tourism. However, agriculture continues to be a significant domestic consumer sector, second in export earnings, only behind the mining. The total revenue of tourism corresponds to over $1 billion. According to a report from the International Monetary Fund for 1999, Dominican American remittances are estimated at approximately 1.5 billion dollars annually. Most of these funds are used to meet the basic needs of families, including shelters, food, clothing, medical services, and training. Second, contributions funded small companies and other successful operations.

The free trade zone industry (FTZ), which accounted for $4.55 billion in 2006 (70 per cent of total expenses) in Dominican imports is a significant part of the Dominican economy. Nevertheless, estimates indicate that since 2005 and 2007 the FTZs have lost around 60.000 and suffered a 4% drop in overall exports in 2006. Textiles experienced a decrease in exports by around 17 per cent, in part owing to a rise in the Dominican peso over the dollar. Companies in Central America and Asia caught missing the Dominican market. In all FTZ sectors, tobacco, joy, medical and pharmaceuticals have shown increases for 2006, which somehow offset losses in textiles and clothing. Industry experts from the FTZs planned to support significant growth in the FTZ sector in 2007 by entering into force of the CAFTA-DR agreement.

The inability of participants in the electricity sector to establish financial viability for the system is a constant concern in the Dominican Republic. Energy is a heavily politicised market, and there is a low possibility of more successful energy reforms. The sector has loans worth more than 500 million US dollars, including policy debt.

was  between the Dominican Republic and India concluded a bilateral agreement on cultural relations in August 2012. In October 2013 and in March and October of 2014 Indian cuisine festivals were organised in Santo Domingo. In April 2014, DR Television presented an Indian movie series.

Air travel agreement to start regular business flights between the two countries was concluded between the Dominican Republic and India on 19 October 2011.

To create an IT Training Center at the Site, the Indian IT firm signed the MoU with Cyber City, Santo Domingo. In Cyberpark, Santo Domingo, MANN India developed a BPO. The Dominican Republic of Bajaj retails two-wheelers. In Santo Domingo, there is a field office of Indian pharmacology firms Claris Life Sciences Ltd. and Micro-Labs. In 2011, Claris ‘s revenue in the world was over $1 million. Caplin Point supplies and retails drugs in the Dominican Republic in bulk from India.