¡The country of Pura Vida! 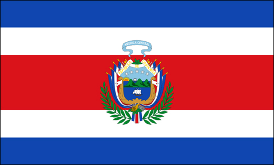 Costa Rica: the country of the colorful paper money, the rugged rainforest nation in Central America and some of the best Caribbean and Pacific coastlines. The country is known for its seas, volcanoes, and ecological sustainability while its capital San Jose, host many cultural venues such as the Pre-Columbian Gold Museum. Around one-quarter of the region contains protected jungles, full of species, including spider and quetzal monkeys. Let’s discover more together! It is one of the most beautiful Spanish speaking countries in Latin America.

Costa Rican culture is, besides the size of the country, one of the most diverse with populations rooted in the rich cultural background: Indigenous communities, European influence, Afro-American descendants, and Asian migrations. 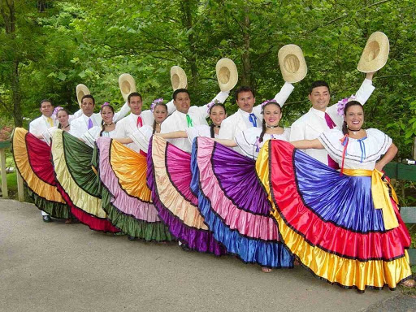 Its nationals, commonly known as Ticos, are some of the warmest people in Latin America. Ticos are fond of horses and the farming of cowboys. The Spanish colonists took with them perhaps their most evident commodity – their language. Spanish is Costa Rica’s lingua franca and the official government language in the region.

Costa Rica is a Catholic country that corresponds to its Spanish heritage. However, in the country freedom of religion is guaranteed. There are abundant other religions, especially evangelical Christianity.

Thinking of concerts, Ticos enjoys music and dance much like any Latino. In Costa Rica, music is constant and its popular between young and old people in Latin styles including salsa, cumbia, and merengue. Reggae and Calypso on the Caribbean side are both very much loved, as is the North American and European music. Many of the world’s biggest performers have sunk in recent years. 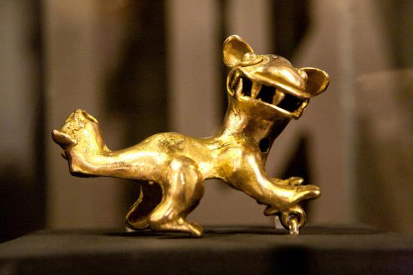 One of the most iconic cultural venues in Costa Rica, are the Museums of the Central Bank, including the Museum of Pre-Colombian Gold that shows a huge collection of gold pieces and the Museum of Jade, a green stone used by the Native American people to create jewelry and idols.

Would you like to live a long life? With about 77 years of life expectancy Costa Rica, is one of the world’s best and the best between Latin Americas countries. It has a population of 4.5 million people and a territory of 51,100 kms full of forest jungles and a coastline between the Pacific and the Caribbean in Costa Rica of 800 miles. 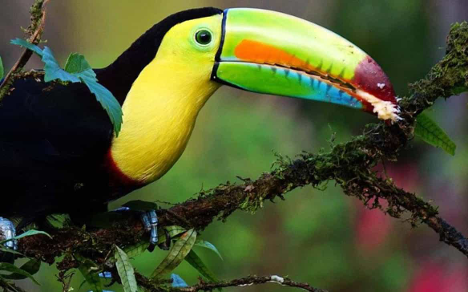 In Costa Rica, there are more than 121 volcanic groups, of which 7 are active. The second-largest crater in the world (almost 1,000 feet) is Poas Volcano, and the Arenal Volcano is one of the 10 volcanoes most active in the world.

Costa Rica’s population is considerably Afro-Caribbean. These people mainly live in the Caribbean province of Limon. Jamaican descendants who worked in banana and railway plantations now make up 8 % of the population. Afro-Costa Ricans represent 8 % of the population. The main Afro-Costa Rican languages are English and Creole. The Caribbean coast’s culture recalls the Caribbean islands. Also, other minorities are present in the country as three in nine people living in Costa Rica is estimated to be immigrants and the indigenous communities are much smaller than many Central American countries, people who have now survived live mainly in remote communities.

The Jewish community and prominent China community are also present in Costa Rica. Many of the smaller grocery stores called pulperia come from China. Costa Rica has a large Nicaraguan population, which can cause friction. And also, a growing presence for Colombia and Venezuela, other Spanish speaking countries from the region. This Spanish speaking country is heaven for the pensioners and other people who seek a quieter way of life.

San Jose, Alajuela, Heredia, Cartago, Guanacaste, Puntarena, and Limon are the 7 provinces of Costa Rica. While San José is the capital and the most important city. 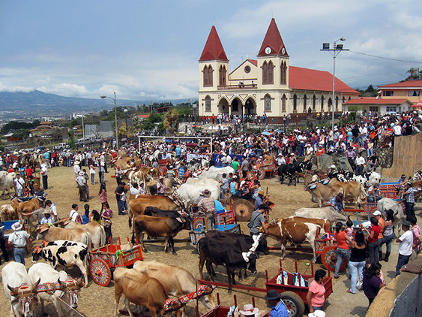 In 1502, the fourth trip to the Atlantic led Christopher Columbus to the Costa Rican coast and stayed 18 days refitting his ships. The interactions with the local people were too pleasant for a variety of gold articles which may have prompted Columbus to call this land “Rich Coast,” even though the term arose in certain conflicts. Nevertheless, far more promising places compelled Spanish to abandon the region, and only much later did the first major settlement in what is now Costa Rica took place. The first permanent settlement in 1554 was founded by the Spanish Crown in the Central Valley, Cartago, or Central Meseta. The lack of precious metals meant that only a few taxes were collected from Costa Ricans; therefore, Spain did little in the development of the province’s infrastructure.

The vast labor force, which is so important to the Spanish invasion, lacks Costa Rica in contrast with other colonies, also. In the course of and immediately after the conquest, Indians were drastically declining, with all their survivors not succeeding in their usual system of forced labor, being able to withstand capture by disappearing in the forests.

The Costa Ricans lack products for a large market in the rest of the world, which are founded on cocoa (source of cocoa beans) and tobacco. Most residents were often tiny landowners with a near personal involvement in local politics.

However, it is worth remembering that certain wealthy people formed a minor oligarchy centered in the Finca (state), which became a political force far into the 20th century.

The country has evolved from an economy once solely dependent on agriculture to a more diverse one based on exports, medical manufacture, and IT services of tourism, electronics, and health care components. Around 3% of workers are working through business services for international firms. Agriculture accounts for 5.5% of the GDP, industry for 18.6%, and services for 75.9% (2016). Farming employs 12.9% of the workforce, industry 18.57%, services 69.02% (2016) Many foreign enterprises operating in different areas of Free Trade.

The country’s key problems are rising debt and budget deficits. Costa Rica had difficulty in fulfilling its commitments by August 2017 and the President vowed drastic changes in the handling of the ‘liquidity crisis’. Costa Rica still has a weak infrastructure and need to boost productivity in the public sector as another challenge to raise the economy through international investments.

India and Costa Rica have a deep cultural relation. The study of Indian history, philosophy, and Sanskrit was then introduced in the San Jose University by Professor Hilda Chen Apuy, who received a UNESCO bursary in the 1950s. Also, several articles on India were published by Hilda. President Oscar Arias, who has also written the prolog to the book, started the Spanish version of Gandhi’s autobiography in Costa Rica in September 2008.

The film Enredadas: La Confusión,’ directed by Bollywood’s First American Indian hero Prabhakar Sharan and released in 2017 by the Costa Rican Bollywood. The film was the first Latin American Bollywood film to be produced with conventional Bollywood song and dance receipts and an entertainer for all the families. The has won several distinctions, including the best actress, best debut producer of the USA, and several prominent foreign film festivals and government organizations.

In 1997, India supported a Costa Rican solar energy laboratory to be set up in the ITEC system for photovoltaic equipment amounting to $1.85 million ($26,000 US). India provided Costa Rican telecommunications provider ICE a telephone exchange in 1998, supplying US$ 25,000 in 1996 to help rehabilitate victims of floods. In December 2005, the government donated 18 Bajaj 3-wheelers and $100,000 in aid and recovery to the San Jose Police, after Hurricane Tomas in November 2010.

In September 2010, the governments of Costa Rica and India signed an MoU creating a “Foundation for Excellence in Information Technology” in Costa Rica. In March 2015, C-DAC and APTECH were contracted to build the Centre. Inaugurated in March 2016, the Center, is situated on the Alajuela campus of the Universidad Técnica Nacional (UTA).